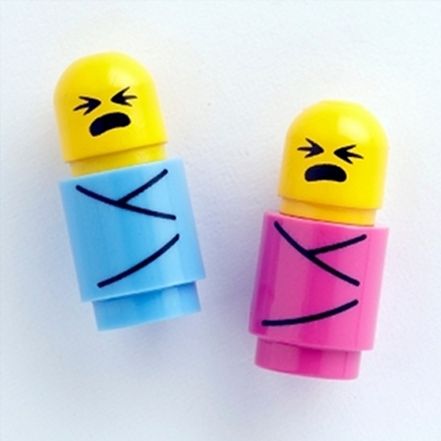 I have a baby screaming in my ears.

She’s not old enough to play with building blocks yet. She will.

But before playing with building blocks, she’ll need to learn how to rip landers and run her own dedicated server and use a CDN.

She’ll probably never have to rip landers because she can just use mine.

And I have a looooot of landers by now.

Which will come in handy soon.

So where were we?

No robot apocalypse this time 🙂

I also did not give up and become a hermit. Which is probably a good thing.

Because we took our nifty iPhone spinner lander in Arabic (that we started using for our Iraqi offer) and decided to throw it at two other Traffic Company offers which our AM said were doing well. Lebanon and Tunisia.

How did we do? 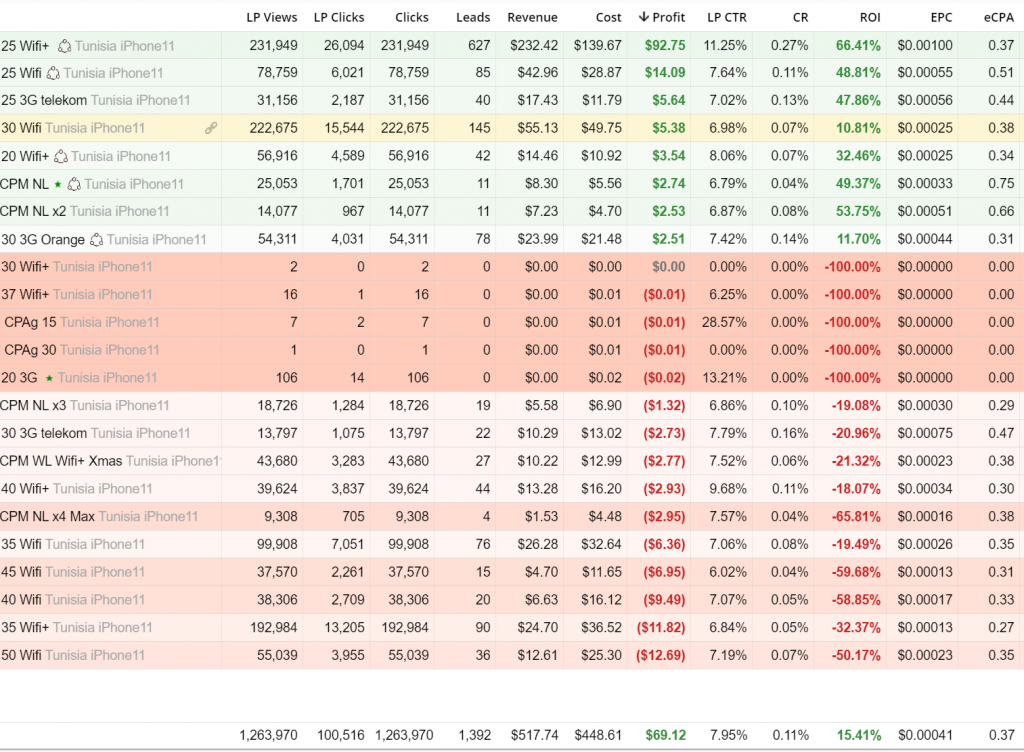 Heeeeyyyyy there mister green Tunisia. Would you like to meet to our little friend, Lebanon? 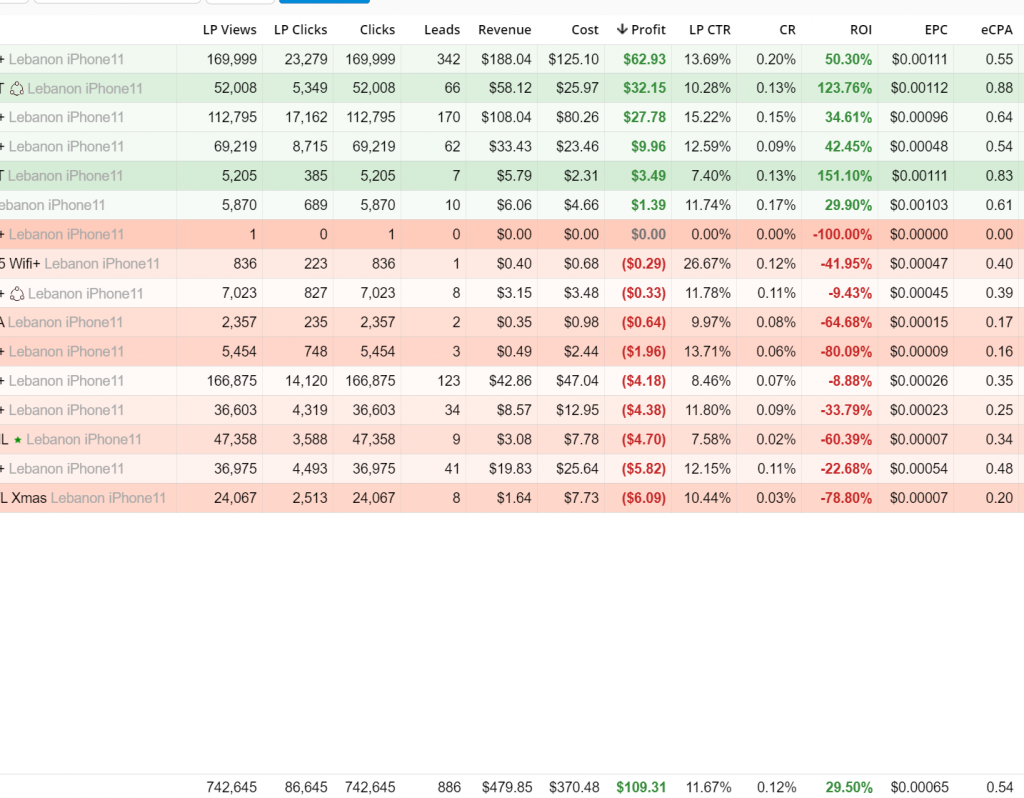 Well, well, well… Lebanon. Original land of the Phoenicians and Nassim Taleb. Perhaps the author of The Black Swan really wanted the chance for a free iPhone? 886 times! That’s a lot of phone calls 🙂

I’ll be honest, this is actually 2 weeks of stats.

I wanted to post earlier, but I figured all of you were still hungover from the holidays. Or celebrating orthodox Christmas, which is like 2 weeks later than the rest of the world.

And my next excuse for being late with posting will probably involve the Lunar New Year and Valentine’s Day.

Until then, I promise to entertain you with more inappropriate pictures like this one: 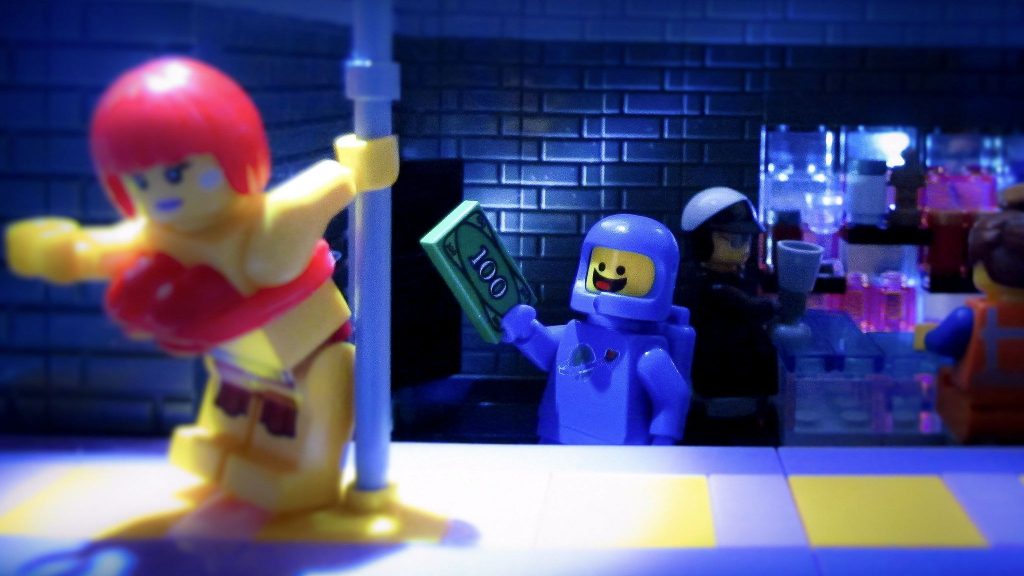 Plus, there is extra money to be made on the mysterious back-end. But we’ll get to that later.

You’ll also see from the most profitable campaigns: 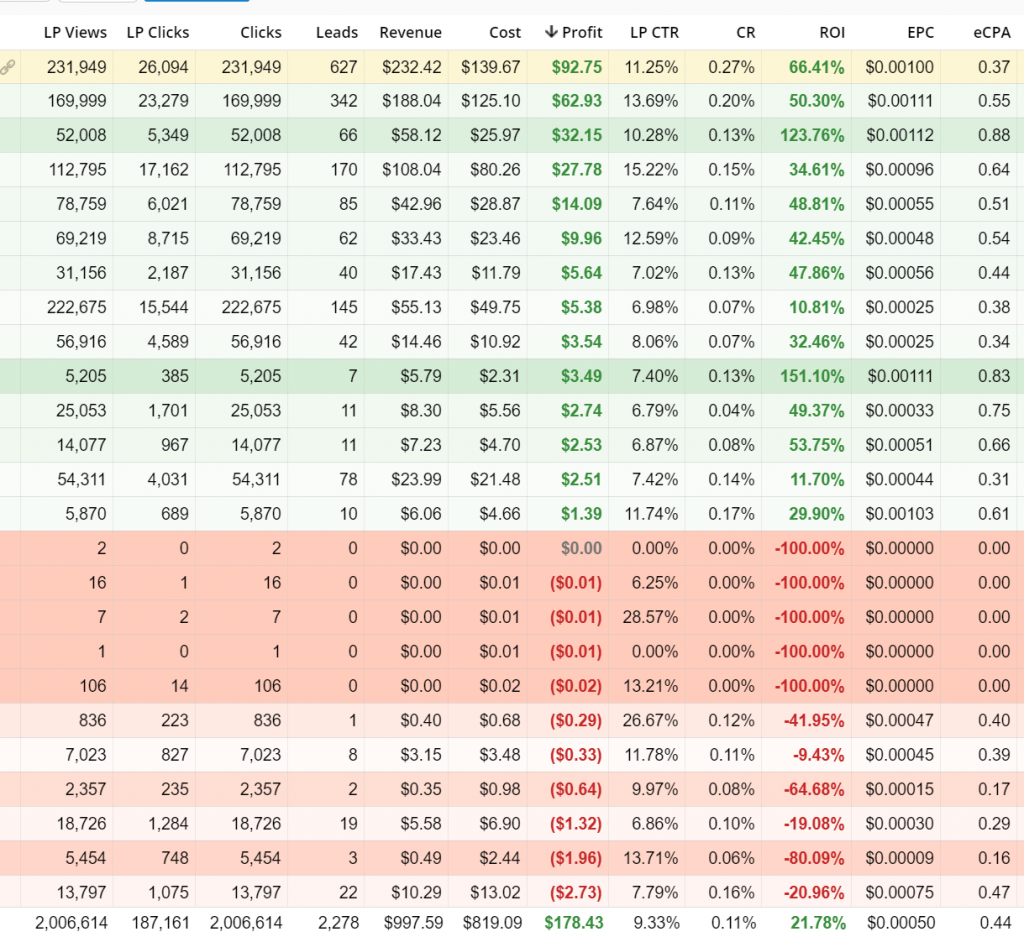 The top 4-5 had a gigantic share of the profit. If I only ran those, it would be a very healthy 60% ROI.

But I didn’t, as you can see here: 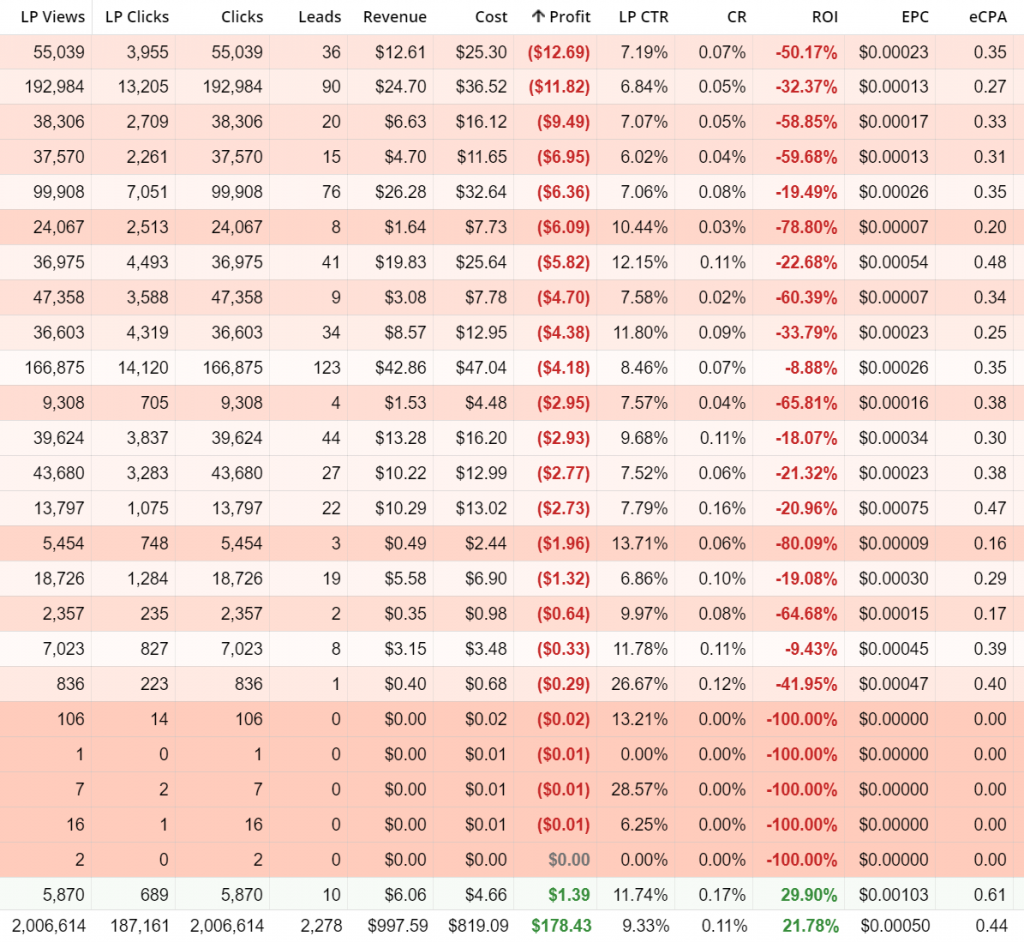 So, yes… not every camp worked out. This was a combination of CPA Goal, SmartCPM Whitelists and Blacklists, with a majority of the camps and profits from CPA Goal.

What’s my bidding strategy? Let the robots do the work.

I started my CPA Goal camps at a CPA of $0.10 and let it run to $10 or so. If it showed promise, I would start another CPA Goal camp and increase the bid by $0.05 and pretty much do that as long as it still made more money than it lost. Yes. It was really that simple.

I did try parsing some of the camps into different 3G carriers vs. Wi-fi only and also combined all 3G and all Wi-fi (the default).

You know which worked the best 90% of the time?

Leaving it at the default of ALL the wi-fi and 3G traffic combined.

This is pretty common for two reasons:

1) The traffic source algorithm has more data to work with and can quickly figure out which carriers/cable-providers do the best and will cut the garbage faster than you, a measly human, can.

2) Traffic sources want to sell you ALL of their traffic, not just the nit-picky tiny slices of best traffic you find. The more granular you optimize, the less traffic the source will even want to give you.

This is true for all traffic sources for all bidding types, e.g. SmartCPM/CPA/Goal/CPC/whatever. ZeroPark may be an exception, but you don’t want to go dipping your toes into that massive ocean of traffic… yet.

Sometimes an offer or geo is so hot that it doesn’t matter how lazy your bidding strategy is, almost anything will work. And when you find something that does, you do more of that. In this case, it was CPA Goal. Sometimes, it’s a SmartCPM Blacklist. Other times, it may be one amazing single zone on a Vanilla CPM camp.

So obviously, these offers/geos were a good find. Maybe they won’t last forever, but now that we have found something pretty hot with our spinner, it is time to do an actual A/B split test to see if other landers work better. 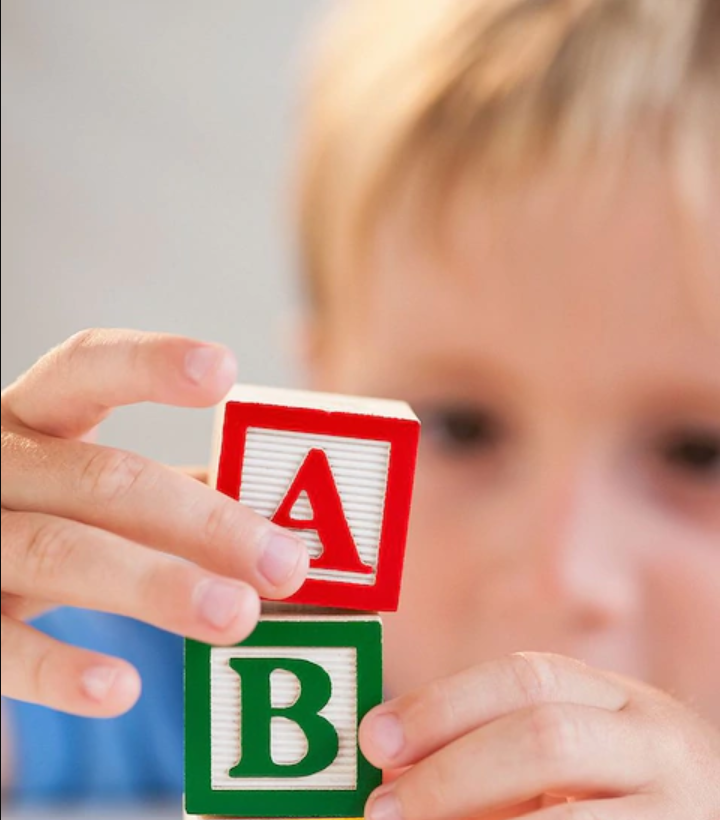 “But Jaybot, you said that spinner is best in Tier 3/4! Why bother?”

Because testing it the name of the game. What if one of the other lander types increases profits by 100%? That would totally be worth it, don’t you think?

When I said that, in the last post, I said choose one for testing to find a good offer. Which we have found (two good offers, actually). So, now it is time to test the other two solid landers (giftbox and quiz) against our spinner. 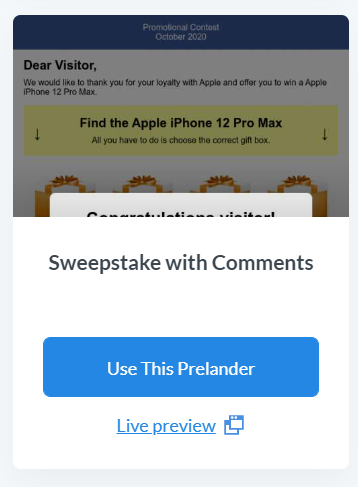 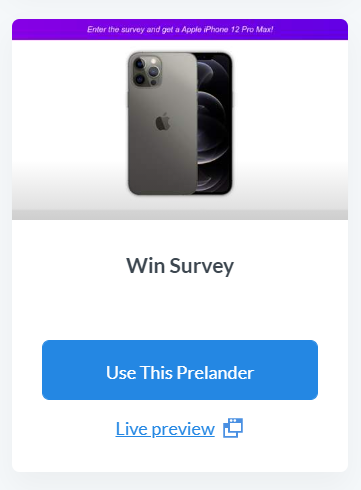 I choose these because they will be safer for most traffic sources, like Propeller, who are more strict with logo usage and aggressive landers.

A simple, polite request to my amazing Traffic Company AM and she gave me these landers, in Arabic, within minutes!

Will they work better? I don’t know. And neither do you. We can’t guess. That’s why we test. 🙂

So, we set up the LB rotation like so. 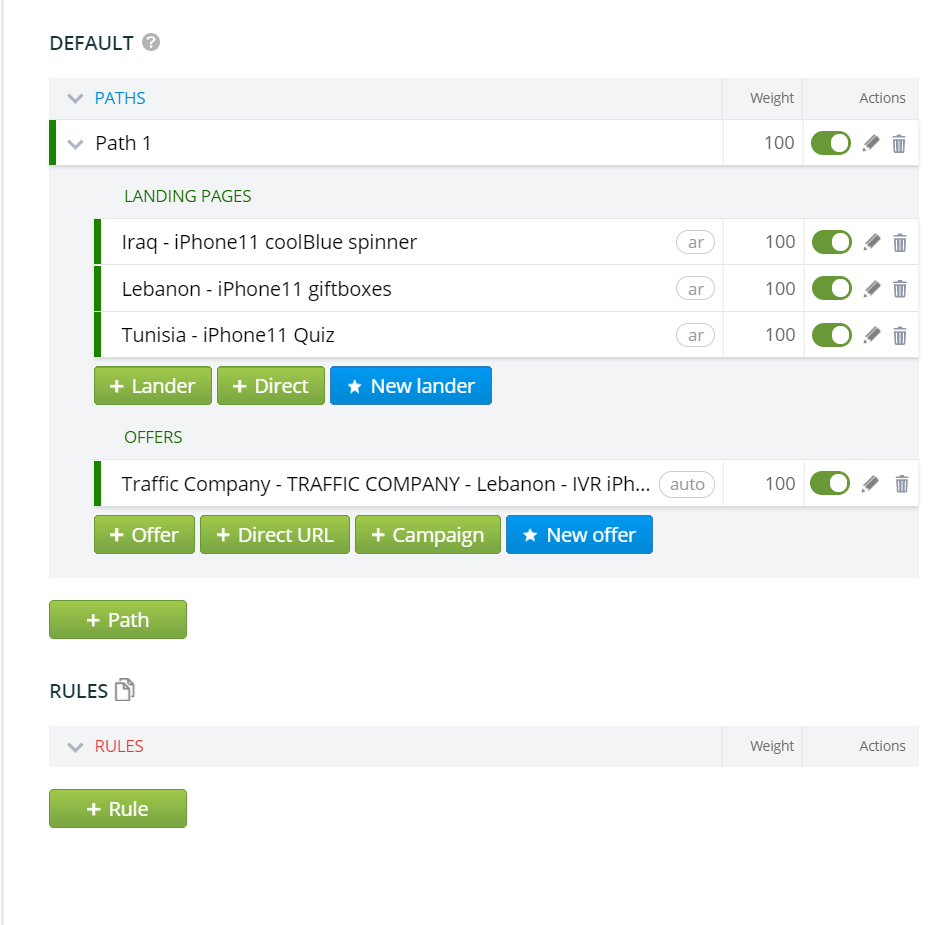 And a similar one for TN, just with the different offer.

I know, we don’t need the country names in there, since Binom is awesome and organizes all landers by language. I just like to know which geo I got the landers from.

And with that, we just take our existing good camps, swap out the rotation, and see what happens…

Will it be the Quiz? The Giftbox? The Spinner?

Or none of the above?!

Tune in next week to find out!

Got a question about AM stuff? The articles? Want to test my google translate skills? Hit me up on telegram @jaybot and find out! 🙂 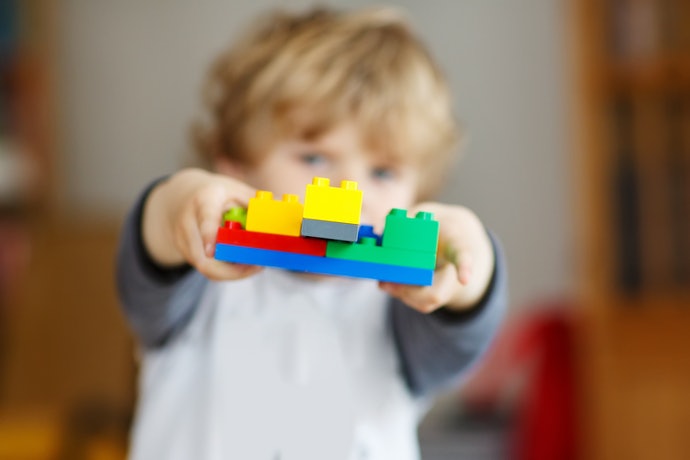